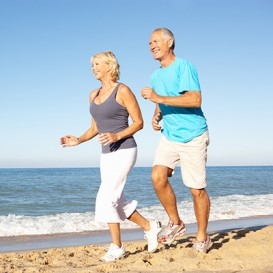 Long-term investigations performed by Russian scientists at the Bioregulatory and Gerontological Institute of the University of St. Petersburg resulted in creating a new class of geoprotectors – peptide bioregulators. The administration of peptide bioregulators enables effective prevention of premature ageing and therapy of age-related diseases. The lack of peptides, which occurs with aging and disease, significantly speeds up the tissue decay and aging. By studying the structure of the most active combination of amino acids (peptides) of different organs, anological compounds have been created in laboratory conditions. Entered into the human body peptides can extend by 30-40% the life of the cell of that organ from which they were created. Scientists have developed peptide products that substantially restore basic physiological functions and prolong life for 12-25 years.

The nanopeptide is the basis of a new set of supplements, which represent a complex of peptide bioregulators.

Peptides are harmless as amino acids are naturally present in the body. They repair the metabolism process and repair the cells, while tissues and organs using them retain the characteristics of a young organism. There is a possibility to choose peptides for different types of tissues and organs: bone, skin, eyes organ, ears organ, thyroid gland, urinary system, reproductive system, veins, arteries, joints, etc.

At Bicomed Center we have a completely unique approach and we are testing the biopeptide regulators on the Bicom device. On the basis of testing, it is identified what is it is recommended to the client for peptide supplementation, , in order to achieve the anti-aging of the entire organism, i.e. delaying of the aging process and the symptoms of the disease, and in our Center clients are able to purchase appropriate peptides for home use.

Peptide bioregulators are applied prophylactically in the treatment of syndromes associated with biological aging of the organism and significantly increase the effectiveness of certain rehabilitation procedures following the effects of various extreme stress factors such as trauma, radiation, intoxication, infection, psycho-physical tensions, etc.

In addition, the peptides are also used in cosmetics, creams as additives to cosmetic creams in order to achieve anti-aging effect and to give excellent results in skin rejuvenation.

Our Services
Suplementi i preparati
Copyrights ©2017: /All rights reserved/